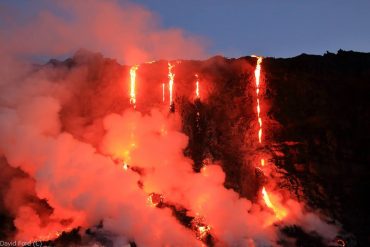 How to See the Lava Flow

In short, lava is slowly filling up the Halema’uma’u crater in HVNP.  This is the Kilauea’s crater that you overlook when you are at the park.  After the 2018 lava flow near the coast the crater collapsed and grew in size – by a lot. This means the funnel shaped crater is filling up very slowly.  The good news is that the crater has filled up enough to see the small flows.  These are just small orange sightings from about a mile away.  But seeing it is easy.

To get the latest viewing information from the park service, click this link: https://www.nps.gov/havo/planyourvisit/eruption-viewing.htm

As you enter the park the Visitor Center is to the right.  The best viewing is the Devastation Trail if you go left instead.  It is down the road a few miles and parking is very limited.  There are less people during the day and more at night when you can see the glow better.  You need to walk a mile each way!  It is a lot of walking to see small orange dots of lava flow.  The level of the lava is at the cusp of viewing from the Volcano House, right across from the Visitor Center and from the viewing area at the old Jagger Museum.  These require almost no walking.  You can even get a nice meal while viewing the crater at the restaurant in Volcano House.

You can also view the activity by a helicopter tour, but from a distance that is so far away as to be meaningless.  Helicopter tours area a great way to see the history of the lava flows.  The last 40 years have seen whole neighborhoods covered in lava.  I have booked a couple trips and I recommend them.  But you won’t get a good view of the current flow.

The Island is made up – mostly – of 3 volcanos:

BELOW IS HISTORY FROM MY PRIOR POSTINGS:

The lava comes from a vent/crack on the side of the mountain.  The lava is fed by Kilauea.  Prior to May, 2018 lava flowed through a vent called Pu’u o’o.  This was about midway down from the caldera and was basically inaccessible because there were no road anywhere nearby.  This vent erupted in 1983 and been flowing out of the vent almost continuously .  It is the only volcano in the world to flow continuously.  What happened about May 3, 2018?A newe set of fissures/cracks opened up much closer to the coast.  Lava drained out of Kilauea and Pu’u 0’0 and poured out of these new fissures.  Because this was in a residential neighborhood, it was a huge event.  Not only lava, but vent gases vastly increased, affecting every place southwest or west, depending on wind direction.  The area was open only to residents, making viewing by tourists impossible.  In early June, the new lava flow started flowing into the ocean, creating new land.

This changed again on August 15th when the lava flow stopped entirely. This means there is no way to see lava at the moment.  The Volcano National Park was closed for several reasons (air quality, road cracks and a crumbling and expanding crater now that there was no lava pool to support the sides).  As of late September, ,2019, the park is now open!  There has never been much to see and do there and now that there is no lava activity, there is even less to see and do.  However, it is a popular place to go.  Just don’t spend too much time there

How to view the active lava flow?  Three ways: 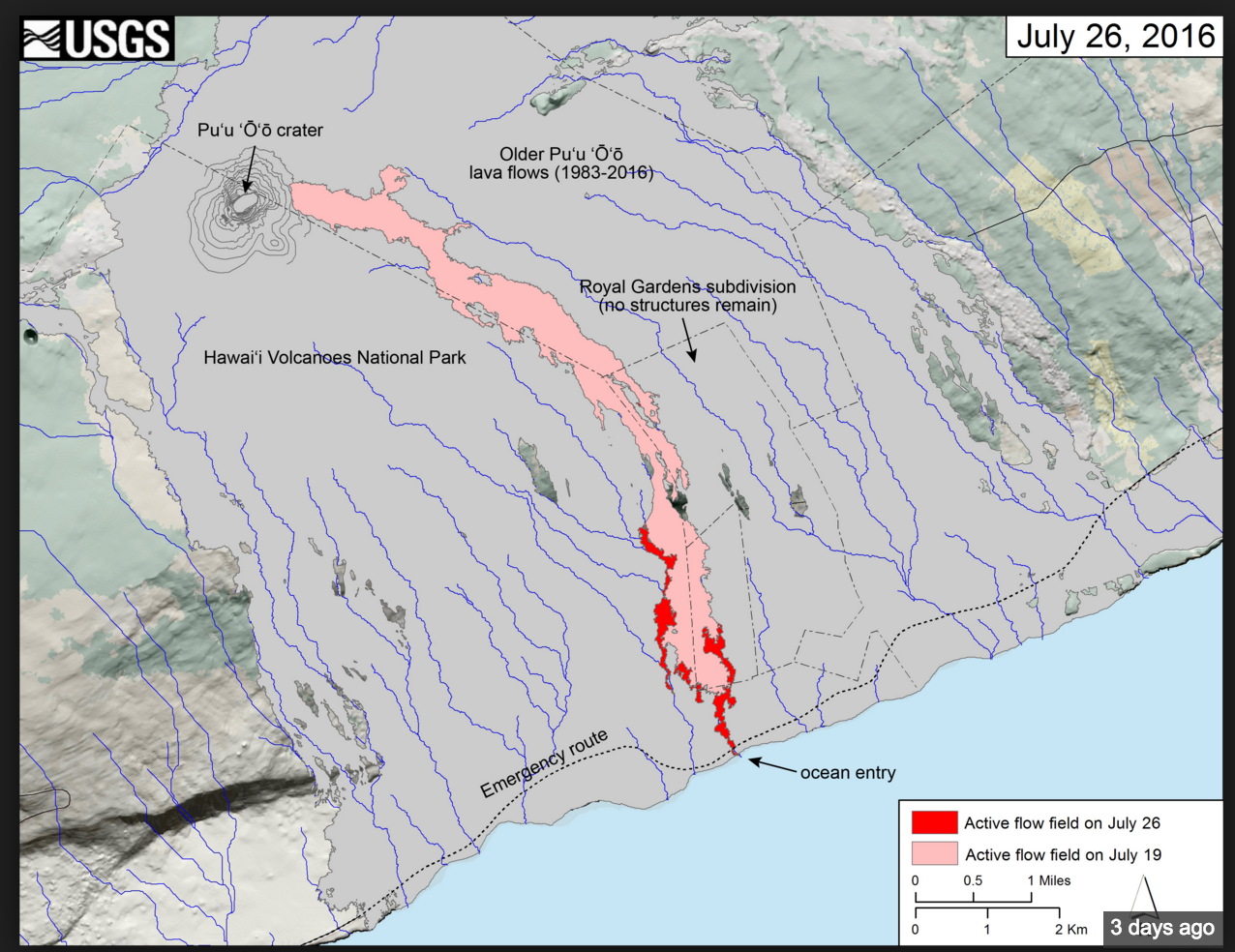